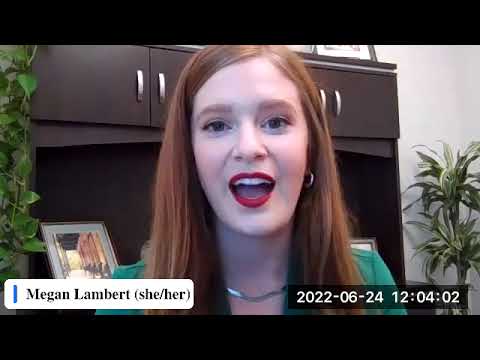 OKLAHOMA CITY - Today, a group of local advocates and organizers filed multiple challenges to Oklahoma laws and practices that chill free speech and criminalize the right to protest.

In May of 2020, a horrifying 10-minute-long eyewitness video once again brought to the forefront of what many Black and Brown communities already knew and experienced firsthand with law enforcement. The murder of George Floyd by Minneapolis police sparked the largest protests in U.S. history. And in Oklahoma, communities throughout the state demanded police reform and racial equity.

“Once we saw the video of George Floyd's murder, we started to protest. Police violence happens in Oklahoma too, but it tends to get swept under the rug,” said Sincere Terry, lead plaintiff in both lawsuits. “That is why we protested at 23rd and Classen. There, the police showed us that they think nothing needs to change. Our generation is not going to stand for that.”

“I watched the police take George Floyd’s life from him while he begged for air and thought that this, too, could have been me,” said Trevour Webb, plaintiff in both lawsuits. “Oklahoma City has one of the highest rates of police brutality in the country, and the fact that politicians and police treat racial justice protesters like criminals speaks volumes. I came to the streets to protect my people from the people who are supposed to protect us. Speaking out against police brutality is necessary to make sure that justice is truly for all, not just some.”

The ACLU of Oklahoma Foundation, National Law Center for Economic Justice, and Herbert Smith Freehills filed a lawsuit on behalf of plaintiffs Sincere Terry, Mia Hogsett, Tyreke Baker, Preston Nabors, Trevour Webb, and Austin Mack against the City of Oklahoma City and Oklahoma County for their policies and practices of violating the constitutional rights of racial justice protesters. These violations include, but are not limited to, excessive force, surveillance, harassment, and criminal charges brought without probable cause. Both the City of Oklahoma City and Oklahoma County worked in coordination to silence and criminalize these protesters for using their voice.

“Oklahoma City is targeting and punishing racial justice activists,” said Ranit Patel, Staff Attorney for the National Center for Law and Economic Justice. “This is terrifying for our clients and other racial justice protesters trying to exercise their first amendment rights. They are afraid to protest out of fear they could once again lose their livelihoods and be unjustly imprisoned in Oklahoma City’s infamous county jail. We bring this suit to stop Oklahoma City’s retaliation practices against our plaintiffs and to protect protesters’ right to fight for racial and economic justice without fear. Oklahoma City must stop its unconstitutional and predatory policing of protesters and start investing in communities.”

At the same time, the ACLU of Oklahoma Foundation and Cornell Law School First Amendment Clinic filed a separate lawsuit on behalf of the same plaintiffs challenging the Oklahoma Riot Statute’s definition of “riot” as unconstitutionally overbroad and vague. The State has relied on this definition to criminalize racial justice protesters criticizing the police. Most recently, Oklahoma expanded the scope of criminalized conduct under the Riot Statute with HB 1674, which creates additional riot-related crimes, grants legal immunity to drivers who hurt or kill pedestrians while in the process of “fleeing” from a riot, and imposes fines of up to $50,000 on groups or organizations deemed conspirators with those violating state laws regulating riots and unlawful assemblies.

“The Oklahoma Riot Statute is rotten to its core, significantly burdening Oklahomans who are guilty of nothing more than exercising that timeless right enshrined in the First Amendment to the United States Constitution - the Freedom of Speech,” said Jared Carter, an attorney with the Cornell Law School First Amendment Clinic. “As it stands, this law is antithetical to First Amendment values and must be enjoined so as to protect the fundamental rights of all Oklahomans.”

The murder of George Floyd by police ignited nation-wide protests and renewed demands for racial justice across all sectors of public life. Instead of listening to calls for accountability from the community, Oklahoma targeted the free speech rights of racial justice protesters. In a time of historic activism, that response is not just unconstitutional: It’s fundamentally un-American. And we at the ACLU of Oklahoma Foundation and our partners will continue to fight against any attempts to violate the First Amendment rights of all people. Dissent is patriotic.

Anjana Malhotra, Senior Staff Attorney at the National Law Center for Economic Justice
“Oklahoma City has the second highest rate of police-involved fatalities in the country. Rather than address long-standing problems of racial bias and police brutality, the Oklahoma City Police Department and Oklahoma City District Attorney David Prater conspired to unconstitutionally discriminate and target racial justice protesters,” said Anjana Malhotra, Senior Attorney at the National Center for Law and Economic Justice. “This is one of many very problematic practices that the community has been protesting and demanding be addressed. This lawsuit seeks to bring justice to the deep constitutional and economic harms the plaintiffs have suffered as a result of these unconstitutional practices.”

Both lawsuits were filed in the United States District Court for the Western District of Oklahoma.

ACLU Statement on State School Board Enhanced Recommendation of...

ACLU of Oklahoma Statement on Passage of Anti-Freedom Bills in the...