The legal team prepares to file a challenge to the OCRI Ballot Initiative with the Oklahoma Supreme Court.

Oklahoma voters filed a protest on March 7, 2008 before the state Supreme Court challenging irregularities and questionable practices in the collection of signatures by the so-called Oklahoma Civil Rights Initiative. The initiative is one of a series of ballot measures that California businessman Ward Connerly and his organization known as the American Civil Rights Institute (ACRI) have spearheaded across the country.

“When equal opportunity and the civil rights of our residents are at stake, it is critically important that the electoral process is fair, transparent and honest,” said Chuck Thornton, Legal Director of the ACLU of Oklahoma. “We are confident that this review will confirm what has already been discovered – the signature-gathering process was riddled with errors.”

The legal challenge follows the Oklahoma Supreme Court’s certification of the ballot measure’s signatures and Monday’s publication of the signatures’ alleged sufficiency by Secretary of State M. Susan Savage. Last month, Savage noted in a letter to the court that the signature count “has resulted in an unprecedented situation where large numbers of duplicate names and addresses were discovered well into the signature counting process….[and] it is a reasonable assumption that not all duplicates have been discovered.” Savage also noted that her report to the court took much more time to compile than usual “due to the scope and number of irregularities noted among the signature pages.” Among the irregularities Savage noted were numerous instances of circulators signing their own petitions multiple times. 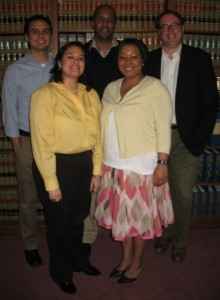 If this measure – initiated and funded by California-based interests – appears on the ballot, it would threaten access to equal opportunity for countless Oklahomans. Connerly’s similar ballot initiative in California dramatically reduced the participation of women and minorities in higher education, contracting, and employment. After it passed in 1996, the number of women employed in California’s construction industry declined by 33 percent. The number of minority businesses in the state’s transportation construction industry declined even more sharply, with just a third of such enterprises in existence in 1996 still in business by 2006.

“It is well known that Connerly and his front groups have repeatedly misappropriated the language of the civil rights movement to trick voters into ending equal opportunity programs in states across the country. But we the voters of Oklahoma must not be fooled,” said State Representative Mike Shelton, D-Oklahoma City. “Although we are strongly opposed to the content of this ballot measure, today’s challenge is about protecting the integrity of the electoral process in the state of Oklahoma.”

Recently, Oklahoma Attorney General Drew Edmondson revised the ballot measure’s title to make clear to voters that Connerly’s initiative threatens to dismantle affirmative action programs in the state. Nationwide, courts have repeatedly recognized that the intent of these initiatives is to eliminate programs that promote equal access and opportunities for women and minorities. Reports indicate that ACRI has used misleading practices in nearly every state in which it has introduced initiatives.

ACLU Urges Senator Lankford and Congress to Certify, Uphold the...

Statement from the ACLU of Oklahoma on the Oklahoma Legislature’s...