Are you being tracked? 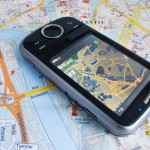 In a massive coordinated information-seeking campaign, the American Civil Liberties Union of Oklahoma, along with 33 other affiliates across the nation today are sending over 379 requests to local law enforcement agencies large and small demanding to know when, why and how they are using cell phone location data to track Americans. The campaign is one of the largest coordinated information act requests in American history. The requests, being filed under Oklahoma’s freedom of information laws, are an effort to strip away the secrecy that has surrounded law enforcement use of cell phone tracking capabilities.

“The ability to access cell phone location data is an incredibly powerful tool and its use is shrouded in secrecy. The public has a right to know how and under what circumstances their location information is being accessed by the government,” said Catherine Crump, staff attorney for the ACLU Speech, Privacy and Technology Project. “A detailed history of someone's movements is extremely personal and is the kind of information the Constitution protects.”

Law enforcement agencies are being asked for information including:

Law enforcement’s use of cell phone location data has been widespread for years, although it has become increasingly controversial recently. Just last week, the general counsel of the National Security Agency suggested to members of Congress that the NSA might have the authority to collect the location information of American citizens inside theU.S.Also, this spring, researchers revealed that iPhones were collecting and storing location information in unknown files on the phone. Police inMichigansought information about every cell phone near the site of a planned labor protest.

The U.S. Supreme Court has agreed to decide whether police need a warrant to place a GPS tracking device on a person's vehicle. While that case does not involve cell phones, it could influence the rules police have to follow for cell phone tracking.

Congress is considering the Geolocation Privacy and Surveillance Act, a bill supported by the ACLU that would require police to get a warrant to obtain personal location information. The bill would protect both historical and real-time location data, and would also require customers' consent for telecommunications companies to collect location data.

Today’s requests are part of the ACLU’s Demand Your dotRights Campaign, the organization’s campaign to make sure that as technology advances, privacy rights are not left behind.

More information about the requests is available www.aclu.org/locationtracking

It’s Clear: In Oklahoma Cash Bail is Being Used as Ransom to Keep...

If State Question 780 is Retroactive, Why Are Only Half of Eligible...

We Created the Current Prison Lockdown

ACLU of Oklahoma Responds to Oklahoma Department of Corrections...

ACLU of Oklahoma is part of a network of affiliates