‘You Miss So Much When You’re Gone’: The Lasting Harm of Jailing Mothers Before Trial in Oklahoma 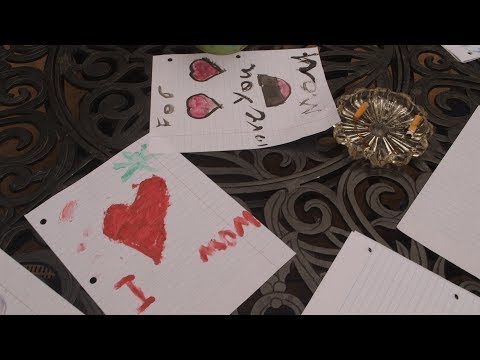 Mothers in jail are being torn from their families and losing contact with their children even before they have been convicted of a crime.

A report by the ACLU and Human Rights Watch, “‘You Miss So Much When You’re Gone’: The Lasting Harm of Jailing Mothers Before Trial in Oklahoma,” finds that jailing mothers even for short periods of time can result in overwhelming debt and loss of child custody. Based on more than 160 interviews with jailed and formerly jailed mothers, substitute caregivers, children, attorneys, service providers, child welfare employees, and advocates, this report documents the harms experienced by women with minor children jailed pretrial in Oklahoma – which incarcerates more women per capita than any other state.

When a mother is jailed even for a short time, the entire family is punished. Jail stays can snowball into long-term family separation as moms struggle to overcome obstacles to regain custody of their children and get back on their feet.

Women are the fastest growing correctional population nationwide. Local jails are a major driver of that growth. The number of women in jail has increased from approximately 8,000 in 1970 to 110,000 in 2014. And over the past 15 years, 99 percent of jail growth has been a product of pretrial incarceration. Women may have more trouble affording bail than men because of higher poverty levels and the gender pay gap.

Jails, intended to house people for much shorter periods of time, are often ill-equipped to facilitate family visits. Jail visitation policies in Oklahoma often bar children from in-person visitation or have eliminated in-person visitation altogether. Phone or video visitation may be cost-prohibitive and impractical for communicating with young children. Mothers described losing contact with their children for months and the stress of not knowing their children’s whereabouts while they were in jail. The anxiety is compounded in cases where authorities have failed to ensure that jailed parents are transported to family and juvenile court proceedings, and receive regular case updates. These failures can effectively prevent parents’ full participation in key child custody decisions.

Moms know that the cost of staying in jail and fighting charges could be losing custody of their children. Every day they are jailed, they are missing out on their children’s lives, and many have limited means of remaining in contact. This creates enormous pressure to plead guilty, even if they are wrongly charged.

Jailed and formerly jailed mothers told the ACLU and Human Rights Watch they accepted guilty pleas because they had childcare responsibilities, had limited contact with their children, and were not involved in custody decisions. For example, April, a 30-year-old mother of three, said that she pleaded guilty to a robbery, against the advice of counsel, in exchange for a 10-year suspended sentence. April said she could have fought the charge, but she decided she had to get back to her children: “I wasn’t thinking ‘Oh I am going to be a felon [for] the rest of my life,’ I was just thinking I have to take care of my kids.” She said she had no contact with her children while in jail and she was not notified by family court that the paternal grandparents of her eldest child were seeking custody. April told us that she did not find out that her child was now in the grandparents’ custody until after she was released from jail.

The struggle doesn’t end with release from jail. Mothers are often presented with exorbitant bills for their jail stay in addition to other fines and fees, making it harder for them to get back on their feet and establish the stability they need to regain custody of their children. Oklahoma imposes significant costs on criminal defendants and upon conviction, often including a bill for time spent in jail, any medical expenses incurred during that time, fines, fees, and court costs, supervision fees and other costs associated with probation or rehabilitation, and significant costs to reinstate drivers’ licenses if their license is suspended or revoked. When attempting to regain custody of children in the state’s care, costs can also accumulate for psychological evaluations, mandated drug testing, and child support, placing poor parents at a significant disadvantage when attempting to reunite with their children. Many told us the obstacles seemed insurmountable.

The ACLU and Human Rights Watch urge Oklahoma and other states to require the consideration of a defendant’s caretaker status when making determinations about bail and sentencing, expand alternatives to incarceration, facilitate the active involvement of incarcerated parents in their children’s lives and proceedings related to child custody, and substantially curb the imposition of fees and costs, which can impede reentry and parent-child reunification.