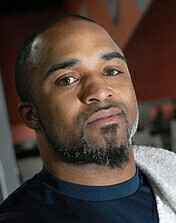 The ACLU National Office, in conjunction with the state affiliate, initiated a lawsuit last fall on behalf of a Muslim man who was unfairly detained and mistreated at the Oklahoma Federal Transfer Center during March of 2003. The case of Al-Kidd v. Sugrue was filed in the U.S. District Court for the Western District of Oklahoma to vindicate the rights of plaintiff Abdullah al-Kidd following harsh treatment he received while in custody at a facility supervised by defendant Warden John Sugrue.

The lawsuit is currently in settlement talks. This development follows a ruling favorable to the plaintiff by the federal judge in the case.

Al-Kidd, an African-American native of the United States, converted to Islam while he was in college. His parents, siblings, wife and child were all born in the United States. The FBI had contacted him several months prior to his detention in order to investigate a case in which al-Kidd was not a suspect but a potential material witness.

Having booked a round-trip, coach-class ticket to Saudi Arabia to further his studies at a well known university there, al-Kidd was humiliatingly arrested by FBI agents in front of numerous onlookers at Dulles International Airport near Washington, D.C. on March 16, 2003. The FBI had obtained a material witness warrant to detain al-Kidd by providing a U.S. District Court in Idaho with a patently false and misleading affidavit.

The FBI’s affidavit falsely claimed that al-Kidd was scheduled for a one-way, first-class flight. The affidavit also claimed belief that the U.S. Government would be unable to secure testimony from al-Kidd if he were allowed to travel to Saudi Arabia. However, the FBI never told al-Kidd during several conversations prior to his arrest that he might be needed as a witness or that traveling abroad might be problematic for him. Furthermore, the FBI mislead the Court by failing to mention that al-Kidd was not a Saudi national returning home but a native-born, U.S. citizen who had previously cooperated with investigating agents.

During the 15 days following his arrest, al-Kidd was shuffled between three different detention centers across the country. When transported between facilities, he was shackled with leg restraints, a “belly chain” and a set of handcuffs looped through the chain so that his hands could not move more than a few inches from his waist. At each facility, he was held under high-security conditions and rarely, if ever, permitted to leave his cell.

Al-Kidd was transported to the Oklahoma Federal Transfer Center on March 23, 2003 in a special plane carrying approximately 100 other detainees, many of whom were believed to have been charged with or convicted of serious offenses. Upon their arrival, al-Kidd and the other detainees were taken to a large room.

After a considerable time, al-Kidd was singled out and brought to a room where he waited by himself. He was then transferred to a cell, where he was forced to sit completely naked for a long time in the view of guards, including at least one female guard, and other detainees, who remained clothed. Al-Kidd remained naked in his holding cell until other detainees had been processed, then he was given his clothes and processed.

Following his processing, al-Kidd was placed in a high security unit at the Oklahoma Federal Transfer Center. He was not allowed to leave his cell the entire time he was held at the facility. The conditions of his detention were excessive, punitive and contrary to legal standards that distinguish between material witnesses and prisoners charged with or convicted of crimes. Al-Kidd, who was not a flight risk or a danger, was never afforded any sort of hearing or fair process prior to being detained under heightened security. As warden of the Federal Transfer Center, defendant Sugrue was ultimately responsible for the mistreatment of Abdullah al-Kidd.

After staying one night in Oklahoma, al-Kidd was transported to a county jail in Boise, Idaho. On March 31, 2003 the U.S. District Court in Idaho ordered that al-Kidd be released from custody. He was never called as a witness in the case for which he was detained, and the trial in that case concluded without a conviction on a single count.

Al-Kidd subsequently filed a lawsuit in the District of Idaho alleging that he was unlawfully arrested and detained. The lawsuit named numerous defendants, including former U.S. Attorney General John Ashcroft, two FBI agents and wardens of the three facilities where al-Kidd was detained in Virginia, Oklahoma and Idaho. Plaintiff al-Kidd and defendant Sugrue entered into a joint stipulation on October 11, 2006 that allowed the claims against Sugrue to be transferred to the U.S. District Court for the Western District of Oklahoma.

The ACLU’s complaint in the case argues that the government may not use the federal material witness statute as a pretext to arrest an individual without probable cause for the sake of preventative detention. In addition, the ACLU argues that the witness may not be arrested at all unless there is a legitimate reason to believe that his testimony could not be secured voluntarily or by issuing a subpoena. Finally, the complaint insists that an individual arrested as a material witness must be detained under conditions consistent with his status as an innocent witness instead of being treated as a criminal suspect or convict. The ACLU charges that the government has systematically ignored these essential safeguards, as well as numerous others mandated by statutes and the Constitution in the aftermath of September 11, 2001.

The al-Kidd complaint seeks a jury trial, compensatory damages, punitive damages, costs, reasonable attorney fees and a declaration that the defendant’s actions violated the Constitution. It further asks the Court to declare that that defendant’s actions, practices, customs and policies regarding the detention of material witnesses were unjustified, illegal and violated the constitutional and legal rights of the plaintiff.

A federal judge recently issued a strong decision in the case that al-Kidd should not have been strip searched as an innocent person being detained under the federal material witness statute. The decision also declared that the treatment of al-Kidd was unconstitutional.