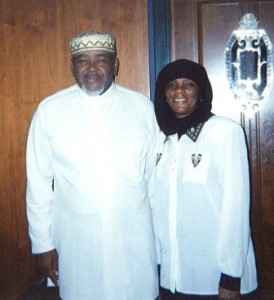 The ACLU of Oklahoma was contacted this spring by Malik and Minimah Muhammad, a Muslim couple involved in a case being handled in Oklahoma County District Court. In accordance with sincerely held religious beliefs. Mr. Muhammad wears a skull cap known as a Kufi. Similarly, Mrs. Muhammed wears a head scarf known as a Hijab. During a routine appearance in court, an Oklahoma County Judge ordered Mr. and Mrs. Muhammed to remove their religious attire.

ACLU of Oklahoma Staff Attorney Tina Izadi met with the Muhammads and communicated with their attorney in the case before the District Court. She prepared a motion regarding their religious liberty interests that would be ready to file if another judge ordered them to remove their religious garb. She attended courtroom proceedings with them on May 18 and June 2. Both these appearances occurred without incident.

Izadi continued her vigilance on behalf of these clients until their matter in the District Court was settled. The Muhammads case concluded without further infringement on their religious liberty. Izadi then sent the District Presiding Judge a letter to request that deference be accorded to religious attire by the Oklahoma County District Court.