Anti-panhandling Ordinance An Attack On The Poor, ACLU Leader Says

ACLU Oklahoma Executive Director Ryan Kiesel said the latest version of the city’s anti-panhandling ordinance was an improvement over an earlier proposal, but Kiesel added he had ‘serious concerns’ about how the ordinance would be enforced.

“They’ve bought themselves an enforcement nightmare,” Kiesel said. “And the city still hasn’t addressed the First Amendment concerns with The Curbside Chronicle.” 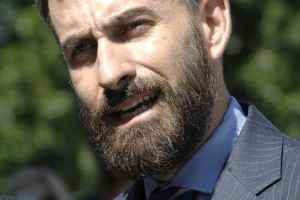 Last Friday, the City of Oklahoma City released a revised version of its proposed anti-panhandling ordinance. A provision of the ordinance would prevent panhandling on medians less than 30 feet wide. The ordinance would make an exception if the median was more than 200 feet away from an intersection. A vote on the proposal is set for Tuesday.

ACLU Oklahoma Legal Director Brady Henderson said the ordinance is unnecessary. Existing laws, he said, already regulate panhandling that poses a public safety risk. He said the new ordinance was an attempt by city officials to hide poverty from the public.

Kiesel said the ACLU Oklahoma hasn’t ruled out legal action against the ordinance and is currently gathering information about how the ordinance would be enforced.

“We want to see the list of medians that meet the standard of the ordinance,” he said. “Because I don’t think there is one. I think the city is in over its head.”

Kiesel said he found it ironic that the proposal is being considered at the same time most public officials are recognizing the need to reform the criminal justice system.

“Lately, everyone has been talking about criminal justice reform and now we find ourselves in Oklahoma City fighting a measure that would, at its its core, criminalize the act of standing in a median,” he said.