OKLAHOMA CITY – Calling it an important reform to Oklahoma’s asset forfeiture system, the executive director of the American Civil Liberties Union of Oklahoma praised members of the Oklahoma State Senate’s Judiciary Committee for their support of Senate Bill 1113.

“We’re pleased that members of the committee see the need to bring an added degree of fairness to the state’s civil asset forfeiture system,” said Ryan Kiesel, ACLU Oklahoma executive director. “Senator David Holt’s bill, SB 1113, is common sense reform that protects innocent Oklahomans from having to spend thousands of dollars in attorney fees in an effort to get their property back. Property that should have never seized in the first place.” 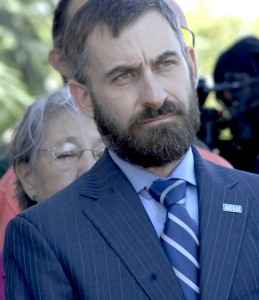 Under the bill, a citizen can recover his or her attorney’s fees if they successfully contest a forfeiture action. The bill cleared the Senate Judiciary Committee unanimously on Tuesday.

The bill now goes to the full Oklahoma Senate for consideration.

Kiesel said the committee vote shows that Oklahomans remain concerned about the civil asset forfeiture system. “It is unfortunate that efforts at wholesale reform have stalled for the moment, but we remain hopeful that the voices of large numbers of Oklahomans demanding even more reforms will eventually be heard and will one day become law,” he said.

Kiesel praised the work of legislators on both sides of the aisle for bringing this important issue to the forefront.

“Because of the work done by lawmakers such as Senators Kyle Loveless and David Holt and Representative Cory Williams, Oklahomans are more aware of the flaws in the system. Their ability to transcend normal partisan divides is a testament to their leadership and to the momentum behind placing reasonable limits on the power of government to seize our money and property.”