Two years ago, an eviction notice took her son away from her.

Since then, Ramey’s life has been framed against a backdrop of tears and gut-wrenching pain—a deep, unending pain over the loss of her son.

Biologically, the boy is the child of Ramey’s ex-partner—but in the practical sense, Ramey said she is the child’s mother. “The coaches, the teachers—everyone—knew that I was the hands-on parent,” she said. “I was mom. He called me mom from the very beginning.”

Two years after her break-up, Ramey said she was pushed aside and completely eliminated from her son’s life. Eventually, her ex-partner evicted her from the couple’s home.

In 2014, Ramey filed a lawsuit seeking custody of her son. Her ex-partner responded, filing a motion to dismiss the case. On March 5, Oklahoma County District Judge Howard Haralson granted the dismissal.

In his ruling, Haralson wrote that “Oklahoma has not enacted laws which give third-parties such as stepparents, a child’s nanny, aunts, uncles, friends or others the right to insert themselves into the lives of children over the objection of the biological parent.”

When a parent or stepparent separate or divorce, Haralson said, “there is no statutory provision for the stepparent to remain a part of the child’s life.”

But Ramey wasn’t a stepparent or a third-party.

As far as her son knew, she was his mother. Ramey acknowledged that she and Kimberly were not legally married—due to Oklahoma’s prohibition against same sex marriages—at the time of their child’s birth, but the decision to have a child and the decisions surrounding the insemination process that allowed Ramey’s ex-partner Kimberly to conceive were made by Ramey and Kimberly, together.

On Feb. 20, Telford Naidu and ACLU Oklahoma appealed the district court’s dismissal to the Oklahoma Supreme Court. The state’s high court retained the case. Brady Henderson, ACLU of Oklahoma Legal Director, said he believes the high court will give Ramey an opportunity to make her case.

“We don’t expect the Oklahoma Supreme Court to declare Charlene Ramey a parent,” Henderson said. “What we’re asking is simply that she and her child be allowed their proper day in district court.” 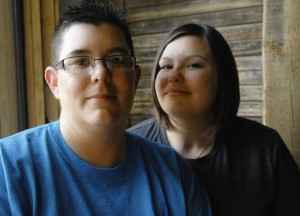 ACLU of Oklahoma, working with Telford Naidu, filed similar motions and other documents about both cases. Henderson said those cases were also dismissed because the parents were women.

“It’s heart breaking,” Rebekkah Newland said. “It’s been a long time since I’ve been able to hug him. Every day spent waiting for a court ruling amounts to another day I haven’t seen my son.”

Newland said she always wanted to be a mother. Though she and her ex-partner had been together for several years, and even though both decided they wanted a child, their relationship proved difficult.

“We had been together for a couple of years, and we decided we wanted to have a child together. We had a friend who was willing to donate (sperm). So she became pregnant.”

Shortly after that, however, Newland and her partner separated.

“She became pregnant, then we parted ways,” she said. “She moved to Washington and I moved to Texas.”

A few months before her son was born, Newland said her ex-partner wrote a letter, seeking to reconcile. “She said, ‘this is our baby and I want to raise him with you.’”

Newland packed and moved to Washington. “I was devastated when we broke up,” she said. “So when I got the letter, I’m instantly packing my things. I wanted to be with her. This was our baby.”

For a while things were fine.

“We lived with her sister and brother-in-law until he was a few months old,” she said. “Then we got our own place.”

But before her son had celebrated his first birthday, Newland and her partner split for the second and final time.

They tried co-parenting. That arrangement—which lasted almost 10 years—seemed to work.

“For a majority of his life we co-parented,” Newland said. “We were only together for those first 10 months. That was the only time we were together.”

Newland’s desire to be near her son has taken her across the country. She moved from Texas to Washington, to Hawaii, then back to Texas, and eventually to Oklahoma, each time following her ex-spouse in attempt to be near her son.

But somewhere during the past two years and the thousands of miles traveled, the co-parenting stopped. Newland was shut out of her son's life.

Jennifer Fleming and her partner Whitney had a child together in the fall of 2011. The baby was the child she had always wanted, Fleming said.

The couple went to counseling for year to prepare for the child. “There was a long, complicated series of steps just to get pregnant,” Fleming said. “We tried to have a child off and on for five years.”

Eventually they were successful.

“When she was born I cut the umbilical cord,” Fleming said. “Later we went home and started our family.”

Like so many other parents, Fleming juggled a job, doctor visits and the needs of her child against her relationship with Whitney and her own needs.

“I was there for every appointment, every shot,” she said. “The doctor recognized me as mom, just like daycare did, but there wasn’t a lot of ‘we time’ with Whitney.”

But it wasn’t long after the baby was born, Fleming said, that Whitney changed.

A short time later, the couple separated. Fleming moved to a small apartment, near Whitney’s home, hoping that some distance would help the pair reconcile.

“I moved out, but all the intentions were that I would be coming back,” she said. “All during that time I was my baby’s mother. I helped take care of her. I did everything that a mother does for a child.”

For a time, the couple was able to co-parent. “I was there for baths. We’d all have dinner together. I was, simply, a mom.”

Then the relationship changed. Fleming said Whitney began to put distance between her and her child. Fleming was told ‘no’ when she requested to keep her daughter overnight and, eventually, ‘no’ to seeing her daughter.

Fleming said she pleaded to see her daughter for months. “I was devastated and feel like I have lost a part of me,” she said.

Not long after that, Fleming said, she was pushed out of her daughter’s life.

“From that point on I was not allowed to see her,” she said. “Everything stopped.”

Across the country thousands of same-sex couples face similar issues.

While many in the country celebrated the United States Supreme Court ruling that legalized same sex marriage, that ruling did not address state laws surrounding child custody and family law—especially for women in same-sex relationships.

The biggest problem in cases such as these Henderson, the ACLU attorney said, is that the relationships involve two women.

“All three of these women are being denied their rights to sue for custody simply because they are women,” he said. “For decades courts have recognized the rights of non-biological fathers in these situations. It’s time the courts do the same for mothers.”

Some families use adoption and surrogacy laws to protect both children and spouse. But those laws only offer limited legal protection to the non-biological parent.

Part of the problem is a lack of law addressing the rights of a non-biological parent in same-sex unions. That’s happening, Henderson said, because in most states, family law hasn’t caught up with the changing definition of the American family.

James Gorton, an attorney at the law offices of William Liebel, the attorney for Jennifer Fleming’s ex-partner Whitney, declined to comment for this story. Gorton said Liebel was the only one in the office with the authority to speak to the media about the lawsuit.

In New York, some legal precedents have been established. Courts have ruled that a lesbian could sue her former partner for child custody and visitation rights of a child.

The child was born to the woman’s ex-partner through artificial insemination after the couple joined in a civil union in Vermont. The court based its decision on the fact that the non-biological parent was a parent under Vermont law, and was entitled to be treated as a parent under New York law.

Though the legalization of same-sex marriage could help many same-sex couples that separate or divorce without legal challenges, Henderson predicts it could be years before state legislatures resolve the issue.

“Bringing the cases now forces courts across the country to address the problem,” he said. “Many mothers who have been cut off from their children and children now being denied their right to both parents cannot simply wait for the law to be fixed someday—they have to fight in court just to enforce the rights everybody else takes for granted.”

But litigation, just like legislation, can be a long process.

Hope for the future

Their houses are silent – their children are gone.

For more than a year, three Oklahoma women have struggled and fought an on-going legal battle just to be near their children. Emotional, angry and frustrated, they have run headfirst into a legal system that, so far, has done little to recognize non-biological parents in same-sex relationships.

And, like in so many other family disputes, the child stands at ground zero in an unwanted legal tug-of-war.

“It’s tragic,” Telford Naidu said. “We had the ruling about marriage equality but it doesn’t resolve these issues. Children are being kept from their parents. If these women were men in a straight relationship they would possibly be considered common law married, but when these women were in their relationships they would have been considered in a ‘domestic partnership.’ They behaved as spouses,” she said.

The three cases, she said, are similar to a paternity action.

“It’s not a huge distinction but in some of the filings of the opposing counsels they have brought up the fact these women could have gone and got married and didn't,” she said. “Married or not I'm not sure things would be different. But that if they were married and had a child, even if they aren't biologically the parent, the law recognizes both parties as the legal parent unless rebutted successfully. A non-bio dad is the legal father of a child born while he is married to the mother unless someone comes along and disputes it successfully.”

“It’s not about same-sex marriage,” she said. “It’s about security for the children in the relationship.”

In addition to ACLU Oklahoma’s involvement, he said the National Center for Lesbian Rights has asked the Oklahoma Supreme Court for permission to file a friend-of-the-court brief on behalf of Ramey and Fleming.

The NCLR, its court filing said, “has a strong interest in ensuring that all children have continued contact with both parents regardless of the circumstances of the child’s birth or family structure.”

As the number of same-sex divorce, paternity, and child custody cases grow, Henderson said state laws will be forced to evolve. That pressure, along with the Supreme Court ruling legalizing same-sex marriage, could spark the next step in the push for a revised family law that recognizes the rights of both parents in same-sex relationships.

“It’s sad. The pain caused to parents—who are and who want to be good parents—is horrible. But I believe we will get there because no child should ever be denied a loving parent,” Henderson said.

For women such as Jennifer Fleming, Rebekkah Newland and Charlene Ramey, neither a court ruling nor a missing state statute will change the fact that they too, are parents.

To prove that, Charlene Ramey said, she will fight as long as it takes.

“I know I’m a mother and my son knows I’m his mother,” she said. “Nothing is ever going to change that.”