OKLAHOMA CITY -- Charlene Ramey will get her day in court.

The Oklahoma Supreme Court ruled 9-0 Tuesday that Ramey had standing as a parent to petition a district court for a determination of parental rights and custody in a case involving her son. In 2014, Ramey filed a lawsuit seeking custody of the child after she and her partner, Kimberly Sutton, separated. 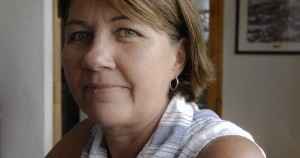 Writing for the majority, Justice Joseph Watt said Ramey was not a mere 'third party' like a nanny, friend or relative, as suggested by the district court.

"On the contrary, Ramey has been intimately involved in the conception, birth and parenting of their child, at the request and invitation of Sutton," Watt wrote. "Ramey has stood in the most sacred role as parent to their child and always has been referred to as 'mom' by their child. The community, school, medical providers and extended family have all known Ramey as 'the other parent' all with the knowledge and mutual agreement of Sutton."

In a separate, concurring opinion Justices James Winchester and Steven Taylor said the agreement between Ramey and Sutton to conceive and care for a child must also be considered. "The court," the Justices wrote, "must first determine standing based on a agreement of the parties. Then and only then is best interest considered to determine custody or visitation."

The court's ruling overturned the district court's dismissal and said Ramey has standing to pursue a "best interests of child" hearing.

"This opinion makes it clear that courts can't penalize children who have same-sex parents," Henderson said.

Ramey said she was overwhelmed. "Today is an overwhelming day of emotion and joy. Today is relief. Today, our great state recognized that I have been nothing but true as a mom to my son and our relationship. Today starts another chapter of hope. I love you, son."

"I'm really proud of the Oklahoma Supreme Court for giving this case its day in court," said Troy Stevenson, executive director of Freedom Oklahoma. "The worst thing I can imagine is for a child to be ripped away from its mother."

The ruling, Stevenson said, is one of the most monumental cases to come through Oklahoma since the United States Supreme Court ruling on marriage equality.

Henderson said he believed the court's decision would also allow the cases of Rebekkah Newland and Jennifer Fleming to go forward. In those cases, which are similar to Ramey's, Newland and Fleming sought access and visitation to their children, who are parented by same-sex couples.