No Anti-Immigrant Laws Passed in 2011 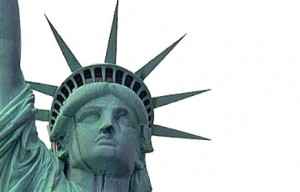 The ACLU of Oklahoma is proud to announce that no anti-immigrant bills were signed into law in 2011. With more than 20 anti-immigrant bills filed, the ACLU worked tirelessly to lobby against these measures. Before the 2011 session began, the ACLU helped organize a broad coalition that included civil rights organizations and members of the business community. The coalition provided legal and fiscal analyses, highlighting the many problems surrounding these bills, to key members of the Oklahoma State Legislature.

Tamya Cox, legislative counsel, lobbied at the legislature to ensure these bills would not be heard. She, along with Interim Executive Director Mark Henricksen, traveled the state hosting town hall meetings to reassure Oklahomans that the ACLU stands by them, and will not allow racist, xenophobic measures to become law. Outreach Coordinator Allie Shinn organized a bulk mail campaign to oppose any efforts to opt out of the citizenship clause of the Fourteenth Amendment.

Through a combination of the ACLU's efforts and those of countless Oklahomans of all ages and backgrounds not one single anti-immigrant bill became law. The ACLU of Oklahoma extends heartfelt thanks to all who worked to prevent the legislature from defining who is and is not a valuable resident of this state.
Related Issues

ACLU of Oklahoma Statement on the Recent Legislation Targeting Our...

Coming out of the Shadows of a Broken U.S. Immigration System