Save equal opportunity in Oklahoma 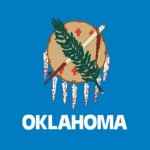 This summer, the ACLU of Oklahoma will be focusing its efforts on saving equal opportunity programs that are at risk of being banned. During the 2011 sessions, the Oklahoma State Legislature approved a measure, if approved by voters in 2012, will disband affirmative action programs across the state. State Question 759, introduced by Sen. Rob Johnson, is a misleading and deceptive attempt to curb programs that have created opportunities for qualified Oklahomans that have been historically withheld.

The language of SQ 759 appears innocuous but the affect will be detrimental to many Oklahomans. The language on the ballots reads:

"This measure amends the Oklahoma Constitution. It adds a new section 36 to Article II. It will not allow special treatment or discrimination based on race or sex in public employment, education or contracts. It gives exceptions for some situations. It sets out remedies for violations."

The attempt to ban equal opportunity is not new to Oklahoma. In 2008, Oklahoma faced this same issue through an initiative petition. The language was the same and the group behind the action was the same. Ward Connerly, a conservative, rich, African-American, has made it his mission to prohibit such important programs throughout the state. He has been successful in such states at California, Washington State, and Michigan. After the passage of this measure, all states witnessed devastating effects to women and minority representation.

California saw a dramatic decline in the enrollment rates of minority students in the University of California system. At UC-Davis, prior to the adoption of similar legislation, women comprised 52% of new faculty hiring. The year after the law was enacted, that percentage dropped to 13%/ Washington State saw a decrease of over 25% in the share of Seattle public words contracts awarded to women or minority-owned firms.

SQ 759 threatens to a range of targeted programs that most voters may not associate with "discrimination" and "preferences" at all: science and technology programs for girls, higher education funding for minority health professionals, review systems designed to monitor and address discrimination, domestic violence programs, breast cancer screenings, and much more.

The ACLU of Oklahoma has partnered with many organizations to combat SQ 759. Deputy Director Tamya Cox has served on panels across the state highlighting how important it is that equality programs remain prevalent in Oklahoma.

She will be discussing this issue June 21st at 6:00pm. The event will be located at the Lorton Hall on the campus of the University of Tulsa.

Note: The ACLU of Oklahoma has an information pamphlet entitled Affirmative Action Mythbusters, which can be downloaded from our Publications page.