TO: Interested Parties
FROM: EMC Research
RE: Criminal Justice Reform Research – Oklahoma Statewide
DATE: June 7, 2018
In a recent Oklahoma Statewide survey conducted by EMC Research on behalf of the Oklahoma ACLU, a majority of November 2018 likely voters in the state would support a measure to retroactively reclassify felony convictions for minor drug and property theft offenses (59%support – 38% oppose – 3% noopinion). Support increases withpositive messaging, and is not significantly impacted by opposition messaging.

Survey results show there is majority support for State Question 788 that would legalize the sale, distribution, and possession of marijuana for medicinal purposes in the state (61% yes – 37% no – 2% no opinion).
Support for reclassification and other measures like medical marijuana is highest in the urban/suburban MSAs within the state, and there is a distinct difference in opinion on these issues between voters in the Tulsa MSA and those who live in the rest of the Tulsa media market. 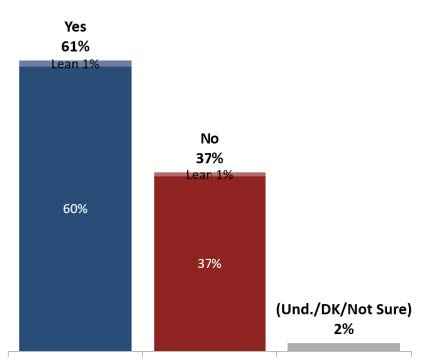 Voters strongly agree that sentencing guidelines for juries should include options that keep defendants out of prison (82% support – 15% oppose – 4% no opinion), and that money is well spent on programs that aim to rehabilitate drug offenders, instead of imprisoning them. Voters are inherently concerned with the state budget – both its wasteful spending, and its inability to properly fund education and teachers. Budget considerations around the reclassification of felony convictions and the updating of sentencing guidelines appear to be a strong way to frame messages in support of criminal justice reform.
When it comes to fairly enforcing Oklahoma’s laws in sentencing for crimes like drug possession and minor property crime, voters are split in their trust of local District Attorneys and judges (42% judges – 41% local District Attorneys – 17% other/no opinion). Trust of District Attorneys appears to be highest among registered Republicans, and voters who identify as conservative in ideology. Liberal and moderate Oklahomans are more likely to trust judges and the court system when it comes to fair sentencing. 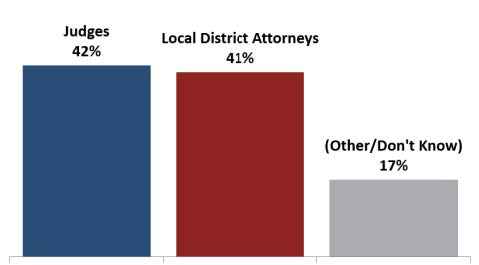 This memorandum is based on a telephone survey of likely November 2018 voters in the state of Oklahoma. It was conducted between February 13 – 18, 2018, and interviews were conducted by trained, professional interviewers, on both landlines and mobile phones. 500 interviews were conducted, with an overall margin of error of +4.4 percentage points. Results in District Attorney Districts 2, 6, 21, 22, and 23 have a margin of error of approximately ±12.6 percentage points.
Related Issues

ACLU of Oklahoma Announces McGirt Legal Team to Receive the 2021...

ACLU of Oklahoma Statement on Department of Health’s Announcement...