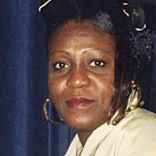 “A Living Death: Life Without Parole for Nonviolent Offenses” features key statistics about these prisoners, an analysis of the laws that produced their sentences, and case studies of 110 men and women serving these sentences. Of the 3,278 prisoners, 79% were convicted of nonviolent, drug-related crimes such as possession or distribution; 20% of nonviolent property crimes like theft.

“The punishments these people received are grotesquely out of proportion to the crimes they committed,” said Jennifer Turner, ACLU Human Rights Researcher and author of the report. “In a humane society, we can hold people accountable for drug and property crimes without throwing away the key.”

The ACLU estimates that of the 3,278 serving life without parole for nonviolent offenses, 65% are Black, 18% are white, and 16% percent are Latino; evidence of extreme racial disparities exists. Of the 3,278, most were sentenced under mandatory sentencing policies, including mandatory minimums and habitual offender laws that required them to be incarcerated until they die.

“The people profiled in our report are an extreme example of the millions of lives ruined by the persistent ratcheting up of our sentencing laws over the last forty years,” said Vanita Gupta, Deputy Legal Director of the ACLU. “We must change our sentencing practices to make our justice system smart, fair, and humane. It's time to undo the damage wrought by four decades of the War on Drugs and ‘tough-on-crime’ attitudes.”

One of the case studies focusing on Oklahoma tells the story of Teresa Griffin. Teresa was sentenced to die behind bars for her first offense. She was 26 and seven months pregnant when police apprehended her with $38,500 of her boyfriend's cash and half a pound of his cocaine. Several years before, she told her boyfriend that she was leaving him. According to Griffin, he hit her and threatened to kill her and take two of her children away if she left him. He was extremely jealous and controlling, and forbade her to go to school or work. Teresa says her boyfriend used her as a mule to transport drugs between Texas and Oklahoma, and forced her to pick up the cash proceeds of his drug sales. Griffin, now 47, has served 22 years in prison and says she feels immense remorse for her actions. "I would give anything…to be able to make different decisions," she says. "I know I did something wrong, but not enough to take away my life."

“This report should serve as a wake up call,” said Ryan Kiesel, Executive Director of the ACLU of Oklahoma. “Our broken criminal justice system is needlessly destroying lives with wildly disproportionate sentences, all the while wasting taxpayer dollars and failing to make Oklahomans any safer as a result.”

The federal courts account for 63% of the 3,278 life-without-parole sentences for nonviolent offenses. The remaining prisoners are in Louisiana (429 prisoners), Florida (270), Alabama (244), Mississippi (93), South Carolina (88), Oklahoma (49), Georgia (20), Illinois (10), and Missouri (1). The ACLU estimates that federal and state taxpayers spend $1.8 billion keeping these people in prison for life instead of more appropriate terms.

In addition to interviews, correspondence, and a survey of hundreds of prisoners serving life without parole for nonviolent offenses, the ACLU based “A Living Death” on court records, a prisoner survey, and data from the United States Sentencing Commission, Federal Bureau of Prisons, and state Departments of Corrections obtained through Freedom of Information Act and open records requests.

“A Living Death” features comments from the prisoners’ family members, and in multiple instances, prisoners’ sentencing judges express frustration and outrage at the severity of the punishment the law required. Judge Milton I. Shadur told Rudy Martinez as he sentenced Martinez to life without parole: “[F]airness has departed from the system.”

The report includes recommendations to federal and state governments for changes in sentencing and clemency. The proposed policy reforms would help bring balance back to sentencing—crucial steps to reduce our nation’s dependence on incarceration.

“We must change the laws that have led to such unconscionable sentences,” said Turner. “For those now serving life without parole for nonviolent offenses, President Obama and state governors must step in and reduce their sentences. To do nothing is a failure of justice.”

The report is available here: www.aclu.org/fairandsmart