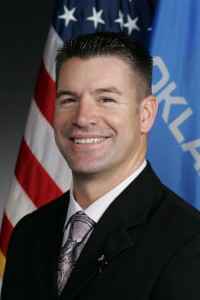 “On the House floor this morning, Rep. Bennett repeated his claim that in some schools students were being sent to the principal's office for mentioning God. As the state’s preeminent defender of religious liberty, the ACLU of Oklahoma has repeatedly called on Representative Bennett to name a school district in Oklahoma that has punished or has threatened to punish a student for exercising their constitutionally protected rights to religious liberty, so that we can investigate and take action under the First Amendment. He refuses to produce even a single name.

Instead, Representative Bennett listed a slew of actions that have occurred outside of Oklahoma as reasons to pass this bill, however, in most, if not all, of those examples those actions were a violation of the First Amendment and students would have been able to rely on the First Amendment to protect their rights.

It’s an understatement to say Rep. Bennett’s HB 1940 is unnecessary to protect the religious liberty of Oklahoma’s students, and I am amazed at his audacious claim that the First Amendment needs his help. In Rep. Bennett’s attempt to protect rights that are already protected, he confuses current law and invites the very violations he is allegedly interested in preventing. We urge the Senate to see this for the political stunt that it is and reject it on arrival.”

Learn more about the ACLU’s work to protect public school students’ religious freedom by curbing the practice of school-sponsored religion, and ensuring that students may freely express and exercise their faith here: http://www.aclu.org/religion-belief/religion-and-schools.

All comments attributable to Ryan Kiesel, Executive Director of the ACLU of Oklahoma