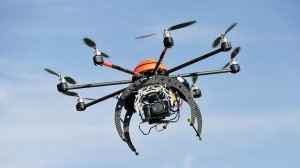 “Even in its infancy, the potential benefits drones will bring are already apparent. From public safety to private commercial activity, drones are a game changer,” said Ryan Kiesel, ACLU of Oklahoma Executive Director. “It is entirely possible for us to enjoy the benefits of drones without bringing us a large step closer to a surveillance society in which our every move is monitored, tracked, recorded, and scrutinized by government authorities, but we must act now.”

Kiesel continued, “Representative Wesselhoft’s bill is an important part of accomplishing that by regulating only government surveillance activity and not interfering with the private use of drones; we are simply calling for accountability, transparency, and the continuation of our Nation’s centuries old tradition of protecting our privacy from the prying eyes of the state.”

“The revolution of drone technology, while bringing with it numerous benefits, also threatens to disrupt the delicate balance between state surveillance and personal privacy, between government power and citizens’ rights,” said Brady Henderson, ACLU of Oklahoma Legal Director. “Legislation like this is an important means to protect that balance without losing out on any of the legitimate benefits of drone technology and while still ensuring the protection of First Amendment rights of private citizens.”

Wesselhoft’s bill, filed as HB 1295, is now eligible to be considered up by the Oklahoma House of Representatives during the 2015 Legislative Session. Click here to see HB1295.