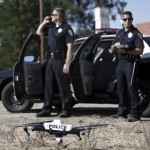 OKLAHOMA CITY – State Rep. Paul Wesselhoft and the American Civil Liberties Union of Oklahoma announced Wednesday that House Bill 1556, which would have required law enforcement to obtain a warrant before they used drones for targeted surveillance, and forbid civilian drones from being weaponized, would be held over for the next session. A call for an interim study on privacy issues related to drones will be proposed in place of the bill. The move comes as a result of opposition to the legislation from the office of Governor Mary Fallin.

“Of course we’re disappointed that we won’t be able to do more this legislative session.  I will seek the Speaker’s approval of an interim study that at least keeps the issue alive,” said Wesselhoft, R-Moore.

The Governor’s Secretary of Science and Technology, Dr. Stephen McKeever, and the Governor’s Chief of Staff had previously called on Wesselhoft and the ACLU of Oklahoma to table HB 1556 for the year because of concerns the legislation would jeopardize Oklahoma’s application with the FAA to serve as an unmanned aerial systems test site.

But after reviewing the application for themselves, Wesselhoft and the ACLU of Oklahoma strongly disagree with that conclusion.

“That just doesn’t add up,” said Ryan Kiesel, Executive Director of the ACLU of Oklahoma. “The FAA’s own application says a state can still receive the highest score available to an applicant if they can demonstrate how the proposed law would not affect the test site. That’s something we can easily do in this case because the bill does not even address the test site, and the military is totally excluded from the bill. However, the administration still refuses to drop their opposition.”

Wesselhoft and the ACLU of Oklahoma have maintained since the introduction of HB 1556 that the potential benefits of drone technology could coexist with the privacy of Oklahomans, but that without HB 1556, current privacy laws were inadequate.

“This is a matter of establishing some ground rules at the beginning of the game; to prevent abuses before they happen,” Wesselhoft said.

“We welcome a study of the many privacy issues raised by the operation of domestic drones,” said Kiesel. “However, it is very disheartening that brakes have been applied on a strong bipartisan effort which united the political right and left and would have made Oklahoma a national leader in protecting the privacy of its people.”

“I am a champion of both drone technology and privacy rights. I hoped that this proposed Oklahoma  law would have been the first and best model legislation for the entire nation. Unfortunately we must wait until the next session,” Wesselhoft said.