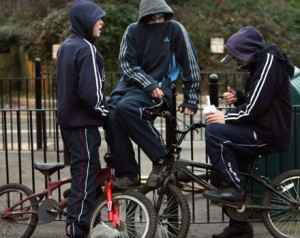 OKLAHOMA CITY – In reaction to Senator Don Barrington’s introduction of a bill to make the public wearing of hooded clothing, masks, or costumes a criminal misdemeanor even when an individual is not committing any crime, the American Civil Liberties Union of Oklahoma has issued the following statements:

The following is attributable to Ryan Kiesel, ACLU of Oklahoma Executive Director:

This bill is an affront to fundamental rights, including the rights of of free speech and privacy. No one should worry about retaliation or retribution because they choose to attend a rally or a protest, which is precisely why the First Amendment protects anonymous speech in these instances. It is no less concerning that such a vague and overly-broad law would invite selective enforcement and over-policing of otherwise law-abiding people. For lawmakers who campaign against Government overreach, voting against this bill would be a great way to practice what they preach.

The following is attributable to Brady Henderson, ACLU of Oklahoma Legal Director:

Here in Oklahoma, it has been illegal to use a hood, mask, or disguise for criminal conduct for over 90 years. This bill does nothing whatsoever to strengthen that law or to prevent or punish crime. Instead, this bill specifically targets only law-abiding individuals. Worse yet, the bill explicitly attempts to criminalize protected First Amendment rights. This bill would turn Oklahoma law enforcement into literally “the fashion police.” What it proposes is both unnecessary and unconstitutional. Instead of bringing criminals to justice, this bill is far more likely to land the State of Oklahoma in the courtroom.