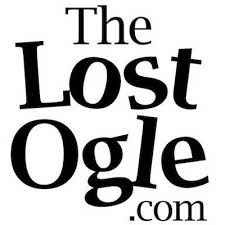 The following is attributable to Ryan Kiesel, ACLU of Oklahoma Executive Director:

Despite recognizing a privilege that does not appear in the Open Records Act, today’s opinion represents a victory for our client and for the people of Oklahoma. From the outset of this case, we have maintained that the Governor does not have the authority to unilaterally hide records without justification. In this opinion, the Supreme Court revoked the Governor’s self-issued blank check, shifted the burden of proof to the executive branch, and affirmed our insistence upon judicial oversight. As a result, the current and future occupants of the Governor’s mansion will be held to a greater degree of transparency and accountability. We are very grateful to our client for having the courage to challenge an unchecked practice of twisting the law to keep the people of Oklahoma in the dark about the politics behind consequential policy decisions.

The following is attributable to Brady Henderson, ACLU of Oklahoma Legal Director:

While we are disappointed that the Court recognized a governmental privilege that is not set forth in the Oklahoma Open Records Act, this opinion is nonetheless a practical victory for transparency and accountability. This decision limits any claim of executive privilege to a very narrow set of confidential communications between the Governor and senior officials. More importantly, it places the burden on the Governor to prove in court that any disputed claim of privilege is valid, guaranteeing judicial oversight and scrutiny of the Governor’s claim. Finally, it provides a balancing test in which a court can decide whether the public interest more strongly favors disclosure of confidential communications that the Governor seeks to keep secret, and order their release over the Governor’s objections. Because of this, our rights to government transparency and accountability are now stronger than they were before this decision was issued. Governor Fallin’s practice of unilaterally withholding documents without accountability or oversight is at an end.