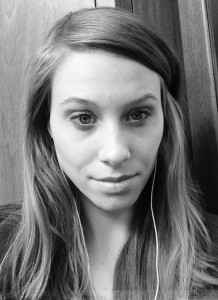 By Danielle Williams, University of Oklahoma, Gaylord College of Journalism and Mass Communication

Children adorning bonnets and cowboy hats run across the school yard, flags in hand to claim the perfect spot. This is the scene at many schools’ annual Oklahoma Land Run re-enactments and it is perpetuating a lie. With school coming back into session soon, now is the time to take a critical look at the accuracy of the content taught in our children’s classrooms.

Debate over accuracy in scientific education has become a hot topic of discussion in recent years. Evolution and Creationism clash in the classroom, each theory undermining the other. The ethical question of what kind of science curriculum to teach children has received quite a bit of consideration, however a similar conundrum in the history classroom has been left largely unrecognized.

The Oklahoma Land Run is a treasured piece of romanticized history. Elementary schools across the state hold annual re-enactments of what the Land Run was like, providing an interactive learning opportunity. Unfortunately the lesson our children learn from these mock Land Runs ignore the reality of Oklahoma’s history as well as the history of those who settled here first. The Land Run actually happened in phases. Each phase settled a different Native American reservation robbing Native Americans of a place to practice their respective belief systems and largely forced them to assimilate to white culture. Oklahoma Land Runs destroyed the few structures propping up Native sovereignty, the limits of which continue to plague residents of reservations.

The facts are perhaps too gloomy to present to very young children, but it is problematic that history classrooms seldom go on to compensate for the misinformation of our youth. In order to understand complex world issues students need an understanding of those issue’s background. Today’s students are faced with a unique set of deep-rooted problems to solve and without accurate historical context they do not have the best working frame of reference required for such challenges. Denying students an honest education not only shrinks their chances at becoming competent problem solvers, but perhaps more troubling is it shrinks their chances at identifying problems at all.

The biggest problem with the Oklahoma Land Run is the ignorance it propagates with regards to Oklahoma’s native population. Few understand how diverse Native American Culture is and how assimilation destroyed the Native American’s opportunity to practice their own traditions. In a discussion on Red Town Radio, Choctaw citizen Sarah Adams Cornell explains that the Land Run is harmful to Native American Children. She explains that native children who watched Land Run re-enactments were disturbed. “They use words like sad and mad, others said they felt singled out. Others felt very embarrassed, felt like people were making fun of their culture,” said Cornell. Cornell recognizes that these re-enactments ignore the reality of how Oklahoma was settled and she would like to see more inclusive curriculum.

The problem of dishonest historical education is certainly not isolated to Oklahoma. In 2011 Arizona approved legislation that forced the Tucson school district to suspend its Mexican American studies program. As a result seven books on Chicano culture and history were effectively banned. The ban is especially egregious considering that 41% of Tucson citizens are of Hispanic or Latino origin.

Texas schools curriculum saw a similar re-framing of history in 2010 when Texas State Board of Education voted to reduce the attention paid to civil rights movement leaders and increase focus on Christianity in American government. Textbook curriculum in Texas is a nationwide issue because publishers tend to cater to Texas’ huge student population due to high sales volume.

What is possibly worse about these romanticized history lessons is that they ignore differences in cultural perspective, greatly narrowing student’s worldviews. Legislation about scientific education has been on the rise, sparking huge debate over which perspective to teach children. The problem with inaccurate historical perspectives has received little attention. Children learn to understand the world around them based on what they understand about the past. It is important to give our children honest and inclusive historical educations to give them more accurate perceptions of today’s world.

This widespread problem needs to be addressed by educators and legislators alike. Unfortunately the most recent provisions to American History education programs in 2012 were created only to improve teacher’s ability “…to teach traditional American history in an exciting and engaging way,” according to the U.S. Department of Education. The re-enactments adequately engage students but they are not an accurate lesson in American History. Provisions to improve education have not addressed accuracy of content.  Until we see reform that addresses the accuracy of content and promotes inclusive, non-biased curriculum, our educational system will contribute to problems like racism, cultural ignorance and severe misunderstandings of real world issues.

A student at the University of Oklahoma, Danielle Williams successfully completed an internship at the American Civil Liberties Union of Oklahoma Foundation during the summer of 2013.

The ACLU of Oklahoma welcomes the submission of blogs from persons of all walks of life.   Suggested topics might include but are not limited to criminal justice reform, free speech, LGBT issues, and racial justice.  To submit a blog for consideration to be posted on our website, email it to acluok@acluok.org.