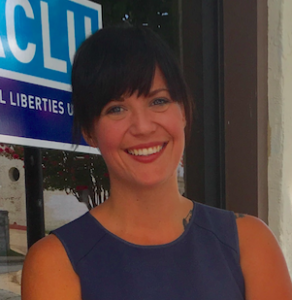 Last week, in one of his first actions as President, Donald Trump issued a sweeping Executive Order targeting America’s immigrant communities. Not only is this order morally indefensible, it is illogical, makes American communities less safe, and is very likely unconstitutional.

Along with a directive to militarize our border and build a wall along the Rio Grande, this Executive Order includes a provision that seeks to coerce local law enforcement to participate in mass deportation of undocumented immigrants.

Our cities and towns can never be safe when residents are afraid to reach out to the police for help or to cooperate with crime investigations. Such a move would destroy trust between law enforcement and immigrant communities, and divert resources from the important crime prevention work with which we charge our police.

Thanks are due also to Oklahoma City Councilman Ed Shadid and Councilman Pete White for their brave comments in support of Oklahoma City’s immigrant community and for their thoughtful approach to promoting reasonable policies that move our cities forward. Too often, elected officials remain silent when their voices are needed most. Today, residents of Oklahoma City and Tulsa can be proud of the leadership from their public servants.

We look forward to continued conversations with officials in both Oklahoma City and Tulsa on their existing immigration policies, further opportunities to limit cooperation with federal immigration enforcement, and proactive steps our law enforcement can take to build trust with immigrant communities.

There is room for improvement. At the ACLU we disagree with several existing immigration policies that the Oklahoma legislature has forced upon municipalities across the state, including Tulsa and Oklahoma City. After a decade in on the books, it is time for the legislature repeal the draconian immigration laws enacted in 2007 with the passage of HB 1804. If the two largest police forces in Oklahoma recognize that mixing policing with immigration enforcement makes everyone less safe, that alone should be enough to compel the legislature to abandon its broken and dangerous experiment with immigration enforcement.

Until then, at least we have the important example set by Oklahoma City and Tulsa. We urge municipalities and counties across Oklahoma to follow their lead by unequivocally announcing their intentions to resist attempts to coopt local law enforcement agencies. In doing so they take an important step toward affirming their commitment to protecting, serving, and welcoming all those who live in their jurisdiction.