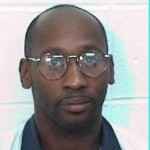 Execution in Face of Serious Doubts Unconscionable and Unconstitutional

ATLANTA – The Georgia Board of Pardons and Paroles today denied clemency to Troy Davis, despite serious concerns that he was wrongly convicted of killing a police officer in 1989.

“The refusal today by the Georgia Board of Pardons and Paroles to grant Troy Davis clemency underscores the vast systemic injustices that plague our death penalty system,” said Denny LeBoeuf, director of the ACLU Capital Punishment Project. “No innocent person should ever be put to death, and it is unconscionable and unconstitutional to carry out an execution where, as in Troy’s case, significant doubts exist. The death penalty system in the United States is arbitrary, discriminatory and comes at an enormous cost to taxpayers, and it must be ended.”